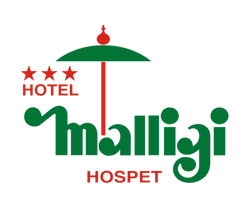 Hampi's mythological dimension lie beyond the categories of historical time. The name Hampi is evolved from Pampa, the ancient name of the river Tungabhadra. Pampa the 'mind born' daughter of Bhramha, the God of Creation was a devoted worshiper of Shiva, the God of Destruction. Impressed by the penance performed by her Lord Shiva offered her a boon and she opted to marry him! The place thus came to be known as Pampakshetra and Shiva as Pampa's Lord or Pampapathi.

For pilgrims to Vijayanagara the most important aspect of the site is the association with various myths and legends. Many of the granite hills, caves and boulders of the Tungabhadra valley are linked with these stories, The Hemakuta Hill in Hampi is the place, according to the myth, Shiva did his penance before marrying Pampa. Kama, the God of Love, felt sympathy for Pampa for her love towards Shiva. He disturbed Shiva from his deep meditation. That attracted Shiva's wrath. Known for his anger, Shiva burned Kama with his third eye. On Shiva's marriage with Pampa Gods from the heaven showered gold on the place. This hill in Hampi is called Heamakuta, literally means heap of gold. The region around Hampi is also closely associated with the Hindu Epic Ramayana.

Rama and Lakshmana, who were traveling southward in their search for Sita, reaches Hampi. Here they encounter Hanuman, the general of the monkey king who brings them to Sugreeva who eventually takes them to a cave and shown them a set of jewels. Rama recognizes them as that of his wife Sita. Sugreeva explains them that Sita dropped them at this site when the demon king Ravana of Lanka abducted her on his flying chariot. Later Rama kills Vali, the impetuous brother of Sugreeva, and installs Sugreeva as the undisputed king of the monkey kingdom.


Rama and Lakshmana takes refuge during the monsoon at a nearby hill called Malyavanta. Hanuman returns with the news that Sita was indeed in the custody of Ravana. Hanuman then offers Rama the help of his monkey army to make a bridge across and proceed for the epic battle against Ravana. The epic goes on till saving Sita from Lanka and further.

Kishkinda the mythical monkey kingdom of the monkey kings, Vali and Sugriva is portrayed as the region around Hampi. The place is treated sacred since it borne the footprint of Rama, one of the ten incarnations of Lord Vishnu. Anjanadri Hill, located across the river Tungabhadra, is believed to be the birth place of Hanuman.


Rishimukha Hills is where Hanuman met Rama & Lakshmana. The cave where Sugreeva supposedly hides the fallen jewels is on the way to Vittala temple via the riverside ruins. Matanga Hill is named after the sage Matanga who protected Sugriva against Vali and who guided Shabari. A heap of ash hill at a village near the Vittala temple is believed to be that of pyre of Vali. Pampasara is where Rama sought the goddess's protection and where Shabari sheltered.

The typical version of Hampi's history starts with a popular folklore. Two local chieftains, Hakka & Bukka , reports to their guru an unusual sight they saw during a hunting expedition. A hare chased by their hound suddenly turns courageous and start chasing back the hound. Vidyaranya, the guru, tells them that the place is so special and asks them to establish theirs local capital at this place. The seed of an empire was sown. Over the next 200 plus years (1336 AD - 1565 AD) four dynasties ruled Vijayanagar the City of Victory.

The capital grew in wealth, size and splendour, and became one of the largest trading centres of the world. The markets in Hampi were always crowded with merchants from all over the world to barter their goods in exchange of spices and cotton, grown abundantly in the area. Rubies, diamonds and all precious stones were sold on the streets in the scale of seers. Gold and silver were the currencies.

Art and architecture found its special place in Hampi. The rulers were great patrons of art and religion. Most of the kings associated names of their favorite gods with their names. Some of the kings were renowned for their ambitious projects. The kingdom reached its zenith during the reign of Krishna Deva Raya (1509-29), when international trade flourished under progressive commercial practices and foreign trade agreements. And by this time Vijayanagara Empire covered the whole of south India and beyond.

After seeing its golden reign during King Krishna Deva Raya (AD 1509 - 1529), Hampi fell down to the attacks of the five Sultans of Deccan - Bidar, Bijapur, Golconda, Ahmednagar and Berar in the year 1565. The city was looted for a period of 6 months. The temples were destroyed and the markets were plundered. The golden empire had come to an end The area came under many kings from time to time with the flow of history. But it was no more considered strategic and hence neglected. The heartbreak of the 1565 defeat can still be seen in the ruins of the imperial city.